Pico Island, is an island in the Central Group of the Portuguese Azores. The landscape features an eponymous volcano, Ponta do Pico, which is the highest mountain in Portugal, the Azores, and the highest elevation of the Mid-Atlantic Ridge. In the tradition of the Portuguese poet, Raul Brandão, Pico is referred to as the Ilha Preta ("Black Island"), for its black volcanic earth, responsible for its UNESCO-designated historical vineyards that allowed the development of the island.

It owes its name to a majestic volcanic mountain, the Peak Mountain, which culminates in a pronounced peak, the Peak or Peak. This is the highest mountain in Portugal and the third largest mountain that emerges from the Atlantic, reaching 2,351 meters above sea level. Administratively, the island is made up of three counties: Lajes do Pico and Madalena, both with six parishes, and São Roque do Pico, with five parishes. It has, between the parishes of Santa Luzia and Bandeiras, a modern regional airport with direct air connections with Lisbon (SATA Internacional), Terceira (Lajes) and Ponta Delgada (SATA Air Azores). It has daily sea connections (Transmaçor) with the city of Horta and the villages of Velas and Calheta. During the summer months it enjoys maritime connections with the remaining islands of the archipelago.

RELIGIOUS PARTY THAT WANTS TO HOMENAGE THE COUNTY OF THE COUNTY, ALSO MAKING MUSIC CONCERTS AND SPORTS AND CULTURAL ACTIVITIES. THE PARTY, WHICH IS ALSO CONCELHIA, WHICH THE CHAMBER ALWAYS INCREASES A SIGNIFICANT SOCIO-CULTURAL PROGRAM, IS HELD IN A CONTEXT OF PARTICULAR MEANING LITURGY IN THE MEASURE WHEN IN THE LAST YEAR THE POPE FRANCISCO HIGHLIGHTED THE FIGURE AND THE IMPORTANCE OF SANTA MARIA MADALENA, Elevating to the category of "Feast" the CELEBRATION OF THEIR DAY IN THE LITURGICAL CALENDAR OF THE CATHOLIC CHURCH, EQUALIZING IT TO THE CELEBRATION OF THE APOSTLES. THE CONGREGATION FOR THE DIVINE WORSHIP AND THE DISCIPLINE OF THE SACRAMENTS PUBLISHED A DECREE, DATED FROM JUNE 3, 2016, "BY EXPRESS DESIRE OF THE HOLY FATHER", TO PROMOTE AND EXPLAIN THIS CHANGE. AT THE END OF JULY

For five days and five nights, every year, São Roque do Pico doubles the population with the arrival of young people for the music festival 'Cais Agosto', which became one of the summer references in the Azores. "More and more the 'Cais Agosto' festival has been a milestone among the youth of the Azores during the summer," says Paula Ferreira, councilor of Culture in the São Roque do Pico City Council, which annually promotes this music festival. The festival takes place at the end of July

THE WEEK OF THE WHALES HAPPENS EVERY YEAR IN THE LAST WEEK OF AUGUST, IN THE VILLAGE OF LAJES. GATHERING THOUSANDS OF VISITORS FOR THE SPORTS ACTIVITIES (SEA AND EARTH), IN WHICH ARE HIGHLIGHTS THE BOAT BOATS, THE RELIGIOUS FESTIVITIES IN HONOR OF OUR LADY OF LOURDES, THE MANY SHOWS AT THE BEAUTIFUL ATLANTIC BACKGROUND SCENERY AND THE PICOENSE GASTRONOMY, BEYOND OF MANY STREET ANIMATION 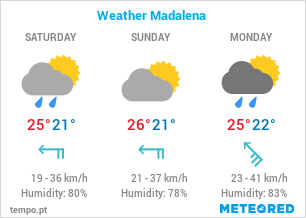